This is why we have to
Save Nubia 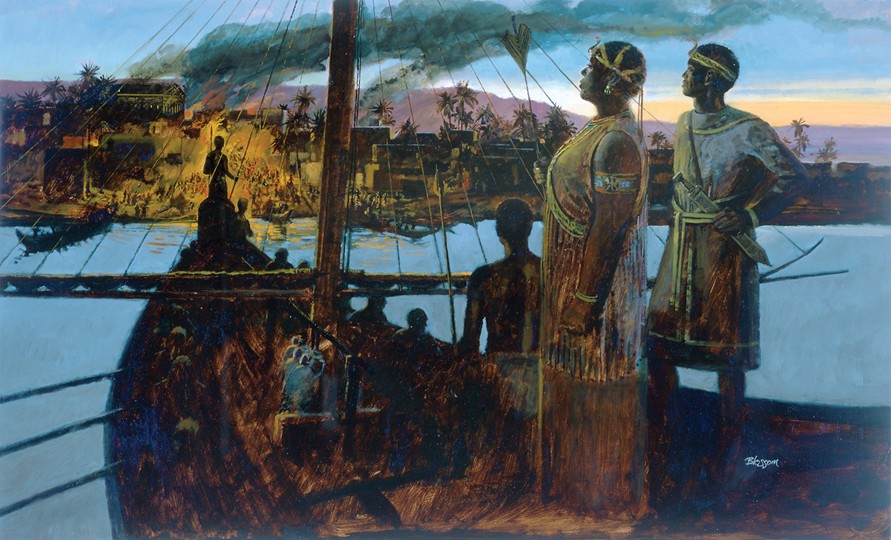 Now the government is offering more big promises in the form of the Dal and Kajbar dams. These dams, if constructed, will bring more instability to communities in an area where agricultural land has already deteriorated significantly. If dam construction commences, they stand to live the rest of their lives facing tragic water shortages and dead land, like their fellow Nubians in Amri. Recent protests resulted in violence. Some community members were killed by the police, and more people are prepared to die if that’s what it takes for their case to be heard.

“In 1905, British archaeologists descended on a sliver of eastern Africa, aiming to uncover and extract artefacts from 3,000-year-old temples. They left mostly with photographs, discouraged by the ever-shifting sand dunes that blanketed the land. “We sank up to the knees at every step,” Wallis Budge, the British Egyptologist and philologist, wrote at the time, adding:

”We made several trial diggings in other parts of the site, but we found nothing worth carrying away.

For the next century, the region known as Nubia – home to civilizations older than the dynastic Egyptians, skirting the Nile River in what is today northern Sudan and southern Egypt – was paid relatively little attention. The land was inhospitable, and some archaeologists of the era subtly or explicitly dismissed the notion that black Africans were capable of creating art, technology, and metropolises like those from Egypt or Rome. Modern textbooks still treat ancient Nubia like a mere annex to Egypt: a few paragraphs on black pharaohs, at most.

Today, archaeologists are realizing how wrong their predecessors were – and how little time they have left to uncover and fully understand Nubia’s historical significance. Only now, David Edwards, an archaeologist at the University of Leicester in the UK realize how much pristine archaeology is just waiting to be found. But just as we are becoming aware it’s there, it’s gone. Within the next 10 years, most of ancient Nubia might be swept away.

Land of the ancestors

These areas are also rich in important archaeological and historical sites that may give us more information on World History. We have been taught that Ancient Egypt/Kemet is the origin of civilization in Africa. But today, we know that it is not true. Ancient Egypt was the tip of the iceberg. Everything started deeper inside the continent. And Sudan is one of the richest sites we have on this continent. And most of its lands has never been excavated. So, there are still many sites, wonders, structures that have not been discovered yet. And these dams will flood most of these sites and we will lose everything. Nubia was the center of civilization. It was called Ta Seti in ancient times. And these Dams are located in the heart of this ancestral land. It is like building a dam in the middle of the city of Thebes or Luxor, the historical capital of ancient Egypt. 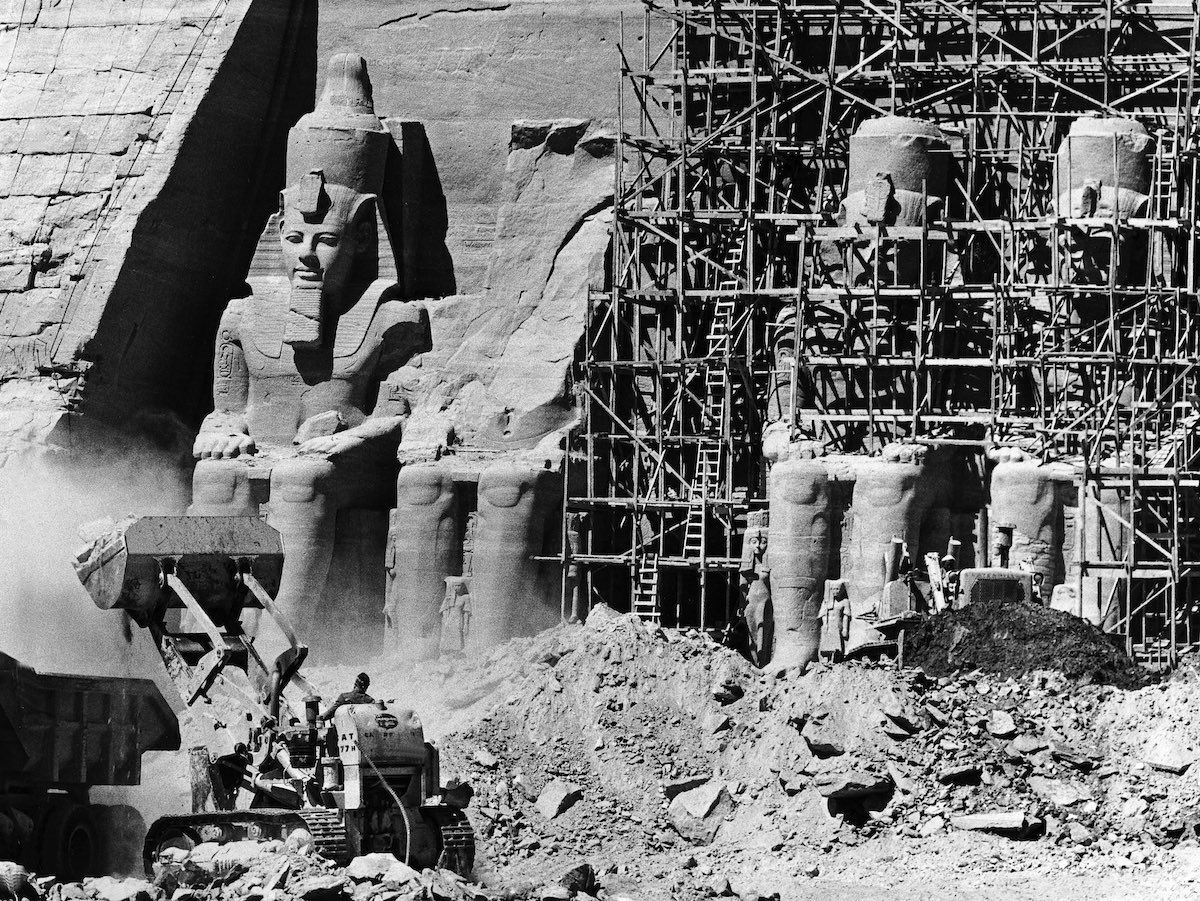 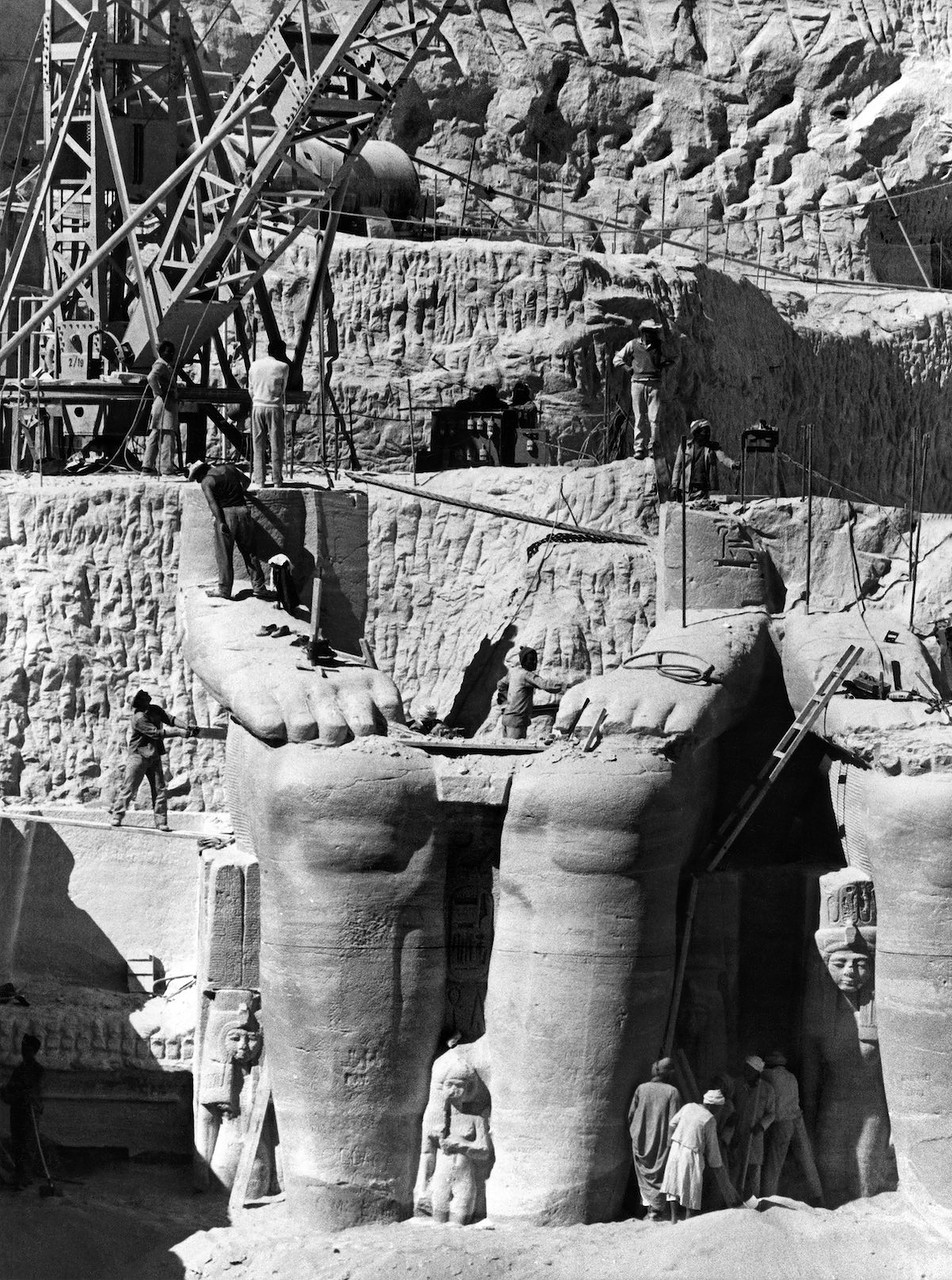 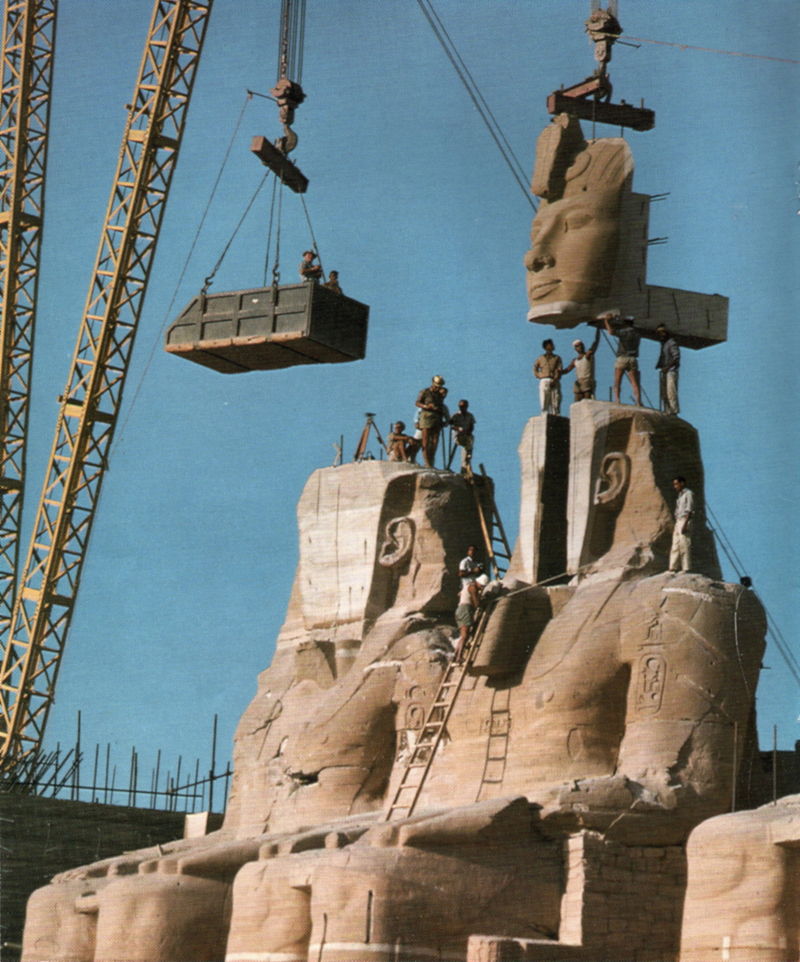 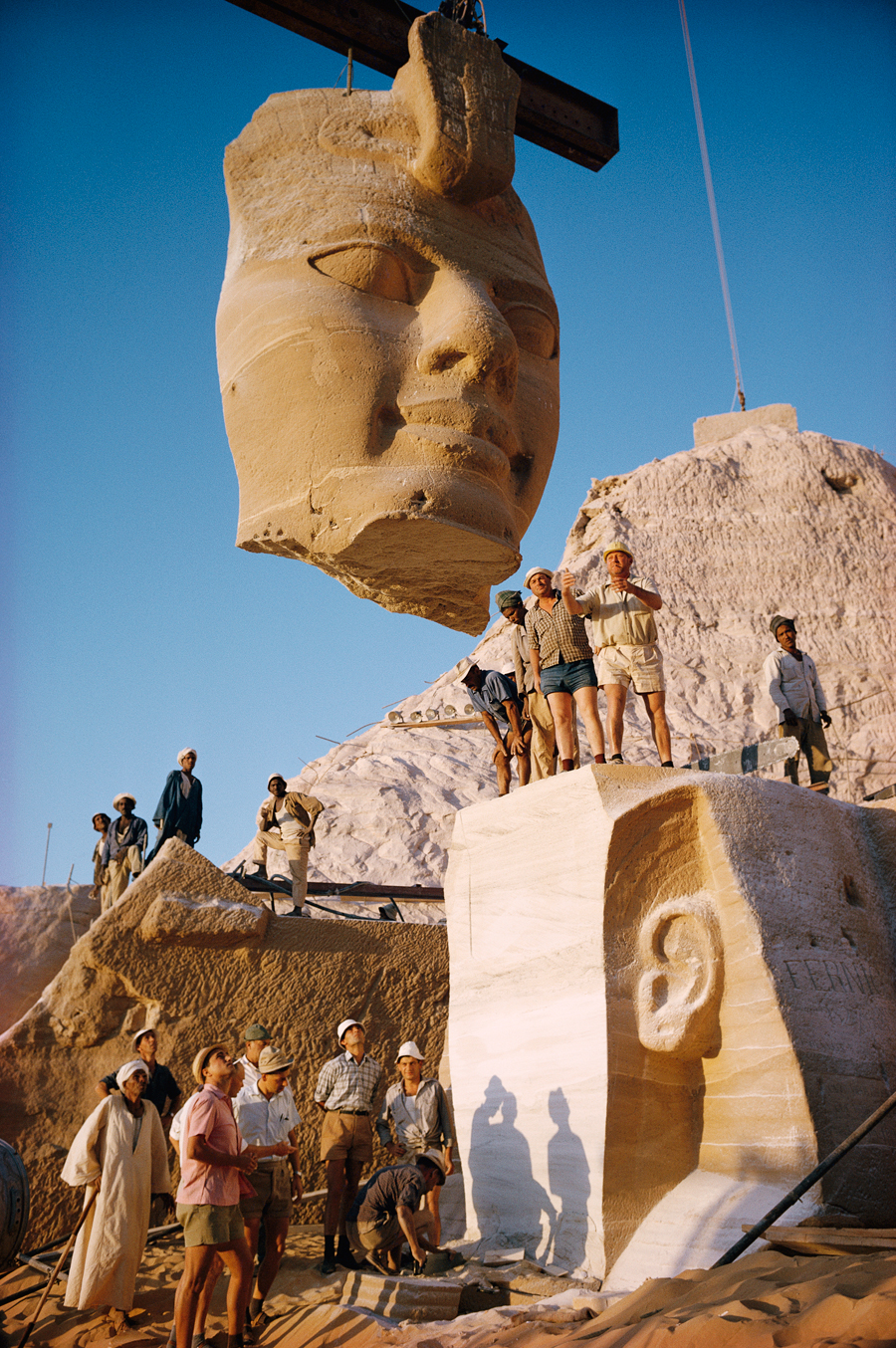 They saved Egypt but want to erase her Mother

In the ’60s, the dam built in Egypt already flooded many major sites in Nubia, like the ancient city of Qustul where the oldest depictions of a pharaoh, kings who at that time were ruling the land in the south of Kemet/Egypt, Sudan. And this happened before the dynastic period in Kemet. The international community did not care about it, but they gathered to save the wonders in Egypt. It is obvious that there is some sort of racism in these choices. We can think about that because it’s obvious that they do not care about the ancestral lands in Nubia, lands that explained the true origins of civilization in Africa and in Kemet/Egypt. Seems like they don’t want these truths to be known. And that is why we will do our best to act for Sudan too. We are all we got. 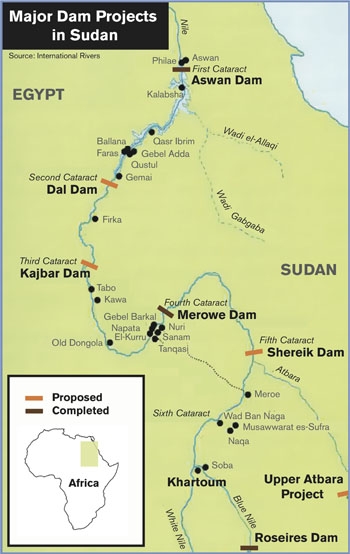 It's easy to flood these areas because these civilizations are classified as purely African.

Here you will see the major dam sites. These sites are clearly located next to some important historical sites of Sudan, Africa, and the world. This would never happen if we were talking about a non-black civilization in my humble opinion. When the site of Palmyra was attacked by ISIS, the international community reacted very quickly. But here the major African sites are being drowned but no one is talking about it. My feeling here is that they are trying to erase African History. We know that the Kemetic civilization/ancient Egypt started in the south, in Nubia, in Sudan. By flooding these lands, we flood the roots of everything. We lose answers, discoveries, stories, a part of ourselves. And we can't let this happen. We have to react.

Together We Can Have an Impact

As a platform of African History, Mr. Imhotep spread African History in social media. That’s why this subject is very important to us. Studying African History in depth made us realize that Sudan was a strategic area for the history of the whole continent. I was looking for a solution but due to the situation of the country right now I could not find any. We needed something higher than countries to make a change. I realized that if most of these areas joined the list of the Cultural Heritage sites of the UNESCO, they would be protected and the government would not be able to flood it anymore. We need to contact UNESCO and the Sudanese government to make them understand that fact. It’s the only way to save Nubia.

The people do not want these dams because they will flood their homes, the land of their ancestors. They don’t want any compensation either. They just want to live peacefully.

The united nations announced that fresh water was getting rare. And doing that will not help the planet. There are many alternatives like solar power or air power. These areas have almost illimited solar energy. And the air power is also illimited because of the numerous empty sites in the desert.

The land is full of Major Cultural sites, wonders, and information about African History (World History). So, if you understand why this is so important, sign this petition and share it with your friends. Let’s make a lot of noise and bring a real change to African History.

Save the Land of Your Ancestors