This is the new trend for mainstream channels. They love to recreate the faces of ancient historical figures through the use of modern technology. It has been done before by other channels and the result has always been disappointing when they were depicting African historical figures. So, Discovery’s science channel will recreate the face of Queen Cleopatra and they will also explore other legends of Kemet (ancient Egypt) in their new show “Egypt’s Unexplained Files”.

The series will focus on recreating the face of the famous queen whose ethnicity has always been debated until today. Many people claim that she was a white European woman, as we can see in all the movies created by Hollywood. But many people disagree with that statement because according to scientists she was probably of mixed descent (African and Greek). A few years ago, scholars discovered the body of Cleopatra’s sister Arsinoe. And the analysis of her mummy proved that she carried very interesting features. Features that are usually associated with the Kemites (ancient Egyptians) and also Black Africans (Subsaharan Africans). This implies that the princess and her sister had African blood. So, Cleopatra probably also carried the features of a black African woman.

Our fear comes from the several attempts made by mainstream channels to recreate the faces of African historical figures. They have always failed when they tried. And this is due to the fact that they promote the idea that the people who built the ancient African civilizations did not look like Africans. They always chose features that are associated with the Middle East or Europe while these historical figures were true indigenous Africans. So, most of the time it is not representative of the person that it is supposed to represent. And we have numerous examples of that.

King Tutânkhamen or King Tut, is one of the most popular Kings of Kemet today. And scientists tried to recreate his face many times. Each time the African people have been disappointed by the result. The first time was in 2005 when scientists reconstructed his face using modern technology. 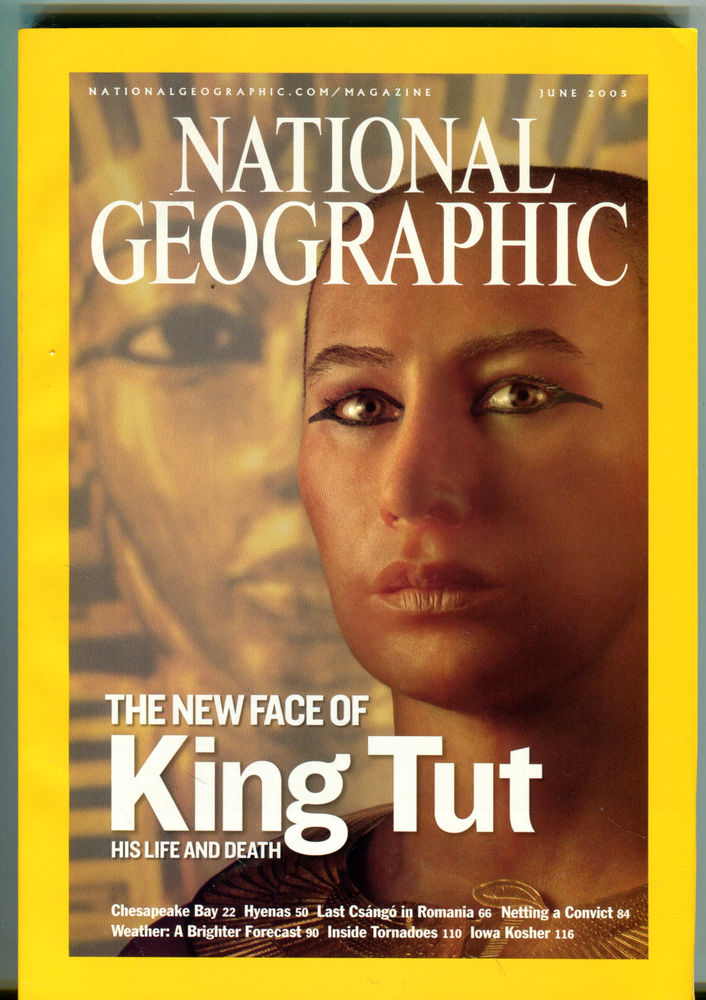 The disappointment comes from the fact that the face does not look like any of the depictions of the young king. As if they took the face of a random white European male and then decided that it was King Tut. The artist who is behind that face is Elisabeth Daynes. She even admitted that she took some creative freedom to make the face. In other words, the face has been designed according to how she imagined the King. Not necessarily according to the thousands of representations that are available all over modern Egypt and in all the museums.

The main problem is skin color. All the studies made on the ancient kings of Kemet proved that these people were genetically related to Subsaharan Africans. Egypt is in Africa, and Africa is a tropical continent. And with all these climatic conditions, it is obvious that the people who lived there at the beginning of times and history had black skin. Scholars like Cheikh Anta Diop even tested the melanin in the skin of Kemetic mummies. Melanin is the pigment that gives human skin, hair, and eyes their color. And when the level of melanin is high in the skin, the people are dark skinned. And according to the results of Dr. Diop’s tests, the people of Kemet were very dark skinned.

Many ancient Greek scholars also talked about that topic.  Herodotus who is considered the father of History by European scholars even noted that the Kemites (ancient Egyptians) had complexions that were “melanchroes”. Which means “very black”. So we know from Genetic sources, historical sources and even the art of Kemet, that the people were black skinned. Why are all these channels recreating these ancient African figures as White people?

But once again E. Daynes decided to create something that pleases her and probably the European audience of the Today Show as you can see on this image. And this bust went viral, not because of the queen’s beauty, but because of the negative reaction from the viewers. Most people were not pleased because it was another whitewashing attempt of African History by mainstream media. Even the journalists of the Today Show were surprised by the result. You can see it in the video below.

This is what happens when people of European descent who are not well educated about these topics try to recreate other people’s history. When asked about her skin color choices, she said that today, the people in Egypt were white in the North and Black in the south, so she tried to pick something in the middle to please everybody. But this is not a middle, this is a white woman, while the Kings and Queens of Kemet came from the south. So, we can say that they were black people. And the other problem is that these historical figures have very few to do with the modern people of the country. Because Egypt is a modern country that has been created on the ashes of all the turmoil that occurred in that region. While Kemet was a pure African civilization from its people to its culture, the rulers were black Africans. The country has been invaded many times by foreign forces. And until today, the influence in that country comes from the areas located out of Africa. The land and the people lost their connection with their African roots.

The answer is simple. It is rooted in racism and white supremacy. Maintaining the illusion that all the great figures of history looked like white people started with the Romantics in Europe and reached its peak with Nazi Germany when Hitler started to create the history of the Aryan people. He wanted the world’s history to validate his claims that there was a superior race that existed to dominate all the other people on this planet. And in order to maintain that ideology, mainstream media keep on pushing that agenda on making all the ancient figures look like white people when we know that white skin appeared way after the creation of these ancient civilizations. In other words, they technically could not be whites.

“What to expect about Cleopatra?”

Knowing all this, we don’t expect them to do the right thing. We are used to seeing African history and its ancient figures being disrespected by mainstream media. We gave up. They are controlled by people who have a hidden agenda and they stick to it. But what we know now is that we have “us”. We are our own salvation. We can do it for us, promote African history, and Rebrand Africa. That’s why a few months ago we started a program that is dedicated to recreating the ancient African figures according to their mummies but also according to their most popular depictions. The goal here is to study each depiction in detail in order to find the true features that the historical figure might have probably carried.

We believe that this is the best way to do that because, for all the people who spent enough time looking at the depictions of the Kemetic Kings and queens, it is obvious that each one of them carries some unique features. They are recognizable, which proves that even though the artists might have idealized their depictions, they used a realistic base. They started from the true face then tried to make it look better. And we are going to go back to that base and build from that. We already started and it is going well thanks to our Patrons who are supporting the costs. We need your support to provide some great content that will show the true face of Africa to the world. The time is now to introduce ourselves.
As Dwayne “The Rock” Johnson said,

“When you walk up to opportunities door, don’t knock it… Kick that B*tch in, smile and introduce yourself“.

And that’s exactly what Mr. Imhotep is about! HELLO!