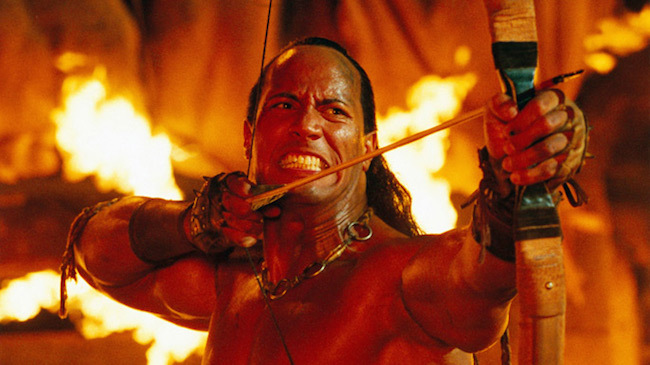 [:en] The Mummy spinoff movie known as The Scorpion King was by all means, not the best franchise. Yet it still held the responsibility of teaching its audience about the ancient world. The Scorpion King was almost like an ancient world parody that fought against mythical deities and old world concepts. The series came into play after the popularity rise of Dwayne “The Rock” Johnson in his portrayal of the Scorpion King in Return of the Mummy II. It was the Rock’s first leading film, so most of his movies, he is portrayed in a very comedic acting style and fun representation. The setting of the movie is very confusing as it has no historical ties to a region. It leaves the audience to assume that it’s in the middle east somewhere or most commonly Egypt. The official synopsis of the movie states that the movie takes place in Sodom and Gomorrah. Sodom and Gomorrah are said to be a biblical city known as the city of sin that god destroyed. In terms of archeological evidence, the city is a myth. However, there has been new evidence surfing that an asteroid destroyed a city near the area the city was said to be. In several scenes of the movie, the audience is confused by the setting as there is an abundant of Sumerian and Egyptian culture within the